Learn more about us.

Our welcome message
Iron Edge VC gives access for the members from Dubai, UAE, for the investment opportunities in pre-IPO companies efficiently.
‍
Way back, conducting Initial Public Offering (IPO) was done by growing companies through spending years of giving ownership of IPO shares to the investors for the large return potential. Nowadays, the market condition hardly allows that to happen. Although those companies are still existing, it is seen that they have made more progress as they are still private, which results in lesser gaining opportunities in the public market. Because of that issue, a lot of company insiders were affected. Private shareholders prefer liquidity, while a significant number of potential investors are hoping for innovation and being at the top of the market.
‍
As a result, a new market of private shares was introduced, and that is called the Pre-Initial Public Offering (Pre-IPO investing) and we take great pride as Iron Edge VC is at the leading edge of that.

Access to the greatest opportunities
The core mission of Iron Edge VC is to unlock the best investment opportunities in Pre-IPO companies not just for institutional investors but for all types of investors.
‍
Pre-IPO investment with earlier-stage startups was exclusively reserved to the small groups of entities only, those who could meet minimum investment requirements. Iron Edge VC successfully made the pre-IPO investments process easier, accessible and efficient to all investors while we provide the necessary liquidity for the original holders of preferred insider shares.
‍
We are proud to have the competence to adapt in the fluid environment of the financial markets, which will help us achieve the goals that we have set for Iron Edge VC investors.

Get an overview of our IRON EDGE VC team.
Paul Maguire
Founder and Managing Partner
Paul began his career at the New York Stock Exchange in 1990. His more than thirty years’ experience in the financial investment industry includes working as a trader and Registered Competitive Market Maker for Raymond C. Forbes & Co., Inc., and holding the position of Managing Director at New York Stock Exchange Specialist firms Henderson Brothers, Inc. and LaBranche & Co., LLC. At these companies, Paul’s responsibilities primarily entailed matching institutional buyers and sellers as well as providing bids and offers to comprehensively resolve all public trading needs. At both Specialist firms, Paul was entrusted with the crucial leadership roles of training large support staff and creating innovative new processes to optimize trading proficiency.
‍
Shortly after departing the NYSE, Paul focused on private equity trading.  After identifying operational deficiencies and disadvantageous pricing within the pre-IPO industry, Paul founded Iron Edge VC as a means of addressing those issues and placing client interests ahead of all other priorities. In the years that followed, under Paul’s leadership, Iron Edge VC evolved to include earlier-stage venture capital funding alongside its established late-stage pre-IPO activities.
Paul was recently quoted in the WSJ as well as Reuters. Click on the icons below to view the articles.

Cris Palacios
President and General Partner
With more than 22 years of Wall Street experience, Cris Palacios has vast experience in managing and raising funds for investments ranging from stocks to bonds to private equities and beyond.

The diversity of Cris’s experiences within the broader sphere of the financial industry has equipped him with an impressive understanding of the trading mechanism. Furthermore, most of Cris’s industry experience has taken place within the context of leadership roles. While working at numerous brokerage firms, Cris has been entrusted with the vitally important task of training key strategic associates.

All of this has combined to form a professional persona characterized by the utmost proficiency, integrity, and attention to clients’ needs.
Frank Cardia
Managing Director
Frank Cardia has been in the financial arena for over 25 years. He started his career as a Registered Representative in 1996. During his tenure as a retail stockbroker, he built a multimillion-dollar book of clients and became an expert in the equities markets. For the past decade, Frank has been a licensed Series 65 Financial Advisor. During that phase of his career he recognized the value of the long-term asset management approach, so he shifted his business model and overall investment philosophy in that
direction in favor of day-trading objectives.Frank’s more than two decades of experience in the financial service industry has provided him with
broad exposure to stocks, bonds, options, fixed income investments, and private equity.

Before joining Iron Edge VC, Frank had great success in managing multiple private equity funds for several years. He has assisted in more than one billion dollars’ worth of venture capital transactions over the course of his tenure as a financial professional. His background includes operations, management, and the structuring of private equity funds. The constant thread throughout Frank's professional career has been the maintenance of his own retail business, catering mostly to high-net-worth individuals in the United States and internationally.
Keith Simons
Director of Business Development
Keith has over 30 years’ experience in Financial Trading. His career started in 1989 at the New York Mercantile Exchange, working for MBF Clearing Corporation, the largest energy clearing company on the NYMEX. There, Keith established the client trading desk for MBF, trading all futures including grains, precious metals, bonds, energies and more. It was during this time that Keith honed his skills in technical and fundamental analysis of markets.
‍
Having reached his goal to become a floor trader, Keith spent more than the next twenty years at the NYMEX as an energy and metals trader, mostly in the Natural Gas futures trading ring.

Keith’s involvement in the IPO and secondary equity syndicate markets for over twenty years has given him a perspective that lends itself to continued growth, specifically in pre-IPO opportunities.
‍
Having been introduced to Iron Edge VC as a client who had successful pre-IPO investments, Keith benefits from the dual perspectives of customer and trading and service professional.

Keith earned his degree from the University of Connecticut School of Business.
Louise Jones
Director of Business Development
Louise began her career on the NYSE in 1981. Her more than 30 years of increasing levels of excellence and leading transformational change in the financial marketplace has led her to an obvious choice in joining the team at Iron Edge.
‍
Being the youngest woman to become a member of the NYSE, serving on various committees and building one of the largest independent floor brokerage firms there, has given her a very unique and varied skill set.  Her ability to nurture relationships while providing solution based services is unparalleled.  Spearheading the implementation of hand-held technology on the NYSE is only one example.  Spending 3 years on the credit side of the business working for a senior secured lender in Chicago proved to be an invaluable glimpse into the world of credit, rounding off her knowledge of the financial markets.
‍
Additionally, Louise proudly serves as an advisor and contributor to The Felix Organization, providing support and education to the children in foster care that do not get adopted; a cause that is near and dear to her.
Christos Erics
Director of European Operations
Christos Erics has 15 years' experience as an equity trader. He has undertaken research and analysis to decide when to buy or sell shares of a company on equities markets. In addition to common stocks, Christos's duties include trading options, futures, exchange traded funds, and other derivatives. Christos has also managed investor funds for pre-IPOs, secondary markets, and capital raising.
Ayad Hachem
Director of Middle East Operations
A dedicated professional with more than 20 years’ experience in the financial industry, Ayad Hachem is uniquely qualified to oversee our business in the Middle East as head of Iron Edge’s Dubai Office. Working in the Financial Centers of the United States and Europe has developed Ayad’s advanced expertise in catering to a global clientele. Ayad has covered the Middle East Region for more than fifteen years while working with the most renowned banks around the globe, including Track Data equity trading in New York, HSBC in Luxembourg, and the Beirut locations of Indosuez Wealth Management, Julius Baer Bank, and Merrill Lynch. Ayad earned his bachelor’s degree from the University of Houston, his MBA in Finance from the University of St. Thomas in Houston, as well as certification from the Wealth Management Institute in Singapore.
John W. Nick
Director, Southeastern U.S. Operations
Jack's career in equities began in 1979, when he trained with Paine Webber and eventually became a member of  the New York Futures Exchange, developing and implementing creative trading strategies.

Then, in 1982, Jack transitioned to the New York Stock Exchange, where he acted as a Specialist for Dresdner Bank. He eventually advanced to Dresdner's top position at the NYSE as Director of the firm's floor operations. After Dresdner, he served as Managing Partner for MND & ZZ Securities, creating direct access to the NYSE Floor. After that, Jack took his talents to Albert Fried and Company, where he created and implemented an off-exchange floor commission business and achieved profit targets with an innovative sales and marketing platform. 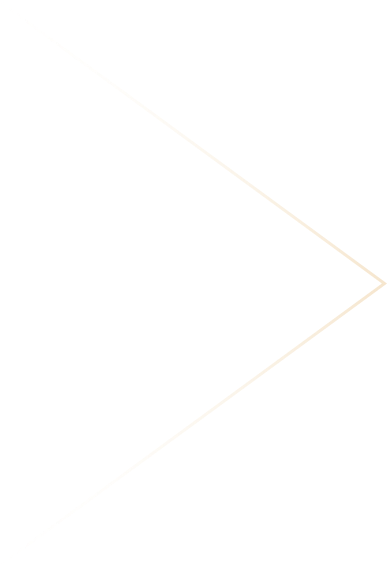 Contact us to learn more.
contact our team
Talk with an IEVC rep
Fill out a brief form and an IRON EDGE VC rep will contact you momentarily. We look forward to it!